Jane Henley is on a mission to save the world, one green building at a time.

Jane Henley’s extensive career in sustainability began with a trip to Norway, just after completing her degree in her twenties, spending four years living there and ‘catching the sustainability bug’.

“I realised that although New Zealand was very clean and green, it didn’t have the structure around sustainability that Norway did as a society. We didn’t even, back then, have recycling in place. We didn’t have corporate requirements to focus on wellness. And there just wasn’t the societal mentality around sustainability like there was in Norway. I really noticed that contrast between there and New Zealand.

“And so, when I came back, that’s when I really started focusing on bringing back those lessons that I’ve learnt and figuring out how New Zealand with its green image actually backs that up.

In 2005 business leaders saw an opportunity to drive the growth of sustainable building through the establishment of a peak body. Jane was on the founding board of directors, then became the founding CEO of the New Zealand Green Building Council.

The Council drove sustainability into the building and construction sector in New Zealand with dramatic impact. By 2009, 50 per cent of all new office buildings in New Zealand were being voluntarily built to the ‘GreenStar’ green building standard that Jane imported from Australia and adapted to Kiwi needs.

“It started with the New Zealand Green Building Council – bringing industry leaders together in a forum, and then working with Government on the Government’s role and then creating a long-term strategy as to how you change the building industry to be more sustainable.

“That all happened quite a few years ago now, and we’ve seen some amazing progress. Homestar is mandated through all of the Kainga Ora portfolio and most commercial buildings that are built in New Zealand these days are using GreenStar voluntary standards.”

Jane was then approached to become CEO of the World Green Building Council, based in the US. Here Jane managed a multicultural team across eight countries, with a 21M portfolio supporting over 1Billion in Investments.

Under her five-year tenure she increased membership from 30 countries to 100 countries, representing over 35,000 companies internationally – a phenomenal reach of influence. And in the process Jane also demonstrated to Governments the value of improving efficiency within the building sector via advocacy at the United Nations Framework Convention on Climate Change (UNFCCC).

Jane’s mandate was to grow the Green Building model in Developing Countries. It had been well established in Europe and in the US, Australia and New Zealand, so, the question was, would that structure of a not-for-profit building industry model work in the developing countries where most future building is going to happen?

“That was my mission there for those five years. Embracing the concept of industry-led standards, working closely with Government and then really empowering those leaders within the industry to take action – to figure out the business case and what is the business advantage in offering the market a green product?

Jane hit a lot of significant targets during that time, but began to feel there was a “bit of a gap”.

“We did this analysis in 2013 looking at the business case and really, what were the hard numbers behind green building? I saw in that work we did that the finance sector was not really involved in green building and that was probably the biggest barrier to us achieving the impact that we wanted.

“I felt like there were people were either in the sustainability camp or in finance and economics and there weren’t many people that could straddle both.”

Jane’s solution was to give herself “a bit of a grounding in hardcore kind of economics” at MIT in Boston, after which she started working at the World Bank as Global Operations Manager of Green Building for the World Bank’s private sector arm, the International Finance Corporation (IFC). Here she managed a USD$21 million portfolio of projects in seven developing countries.

“The goal was to really deeply understand what the value of energy efficiency and carbon and sustainability was to those investments and track that over time and have some basic standards in place for those investments in countries that didn’t have their own standards.

“So, it was taking a very global view on how you attach standards to finance that could be translated in that kind of international money flow.”

Jane spent three years in Washington, before she chose to return to New Zealand at the end of that term, which she says was, “really good timing”.

“I actually came back for personal reasons, but then COVID happened at the same time. So I’m glad I came back to New Zealand at this particular point of time.”

Since she’d been back, Jane’s been focused on what are the challenges in New Zealand, from her own broad perspective.

“I’ve been working on the challenge that seems to be present in New Zealand around affordability and cost of housing, which with the Government, couples sustainability into that equation. So, I’ve been really looking at how does the Government scale up the use of off-site manufacturing in New Zealand.

“And for me, it’s a very similar challenge to what sustainability was 10 years ago. It’s niche. To get enough momentum for the industry to change and for that supply demand dynamic to change, there’s got to be some something that overcomes that inertia. With sustainability, it was a combination of corporate demand, more evidence, climate change being a driver. Whereas if we just look at New Zealand at the moment for off-site manufacturing, our issues are around affordability and quality.”

“Off-site manufacturing in Europe and parts of Asia and Japan, especially, 90% of homes in Sweden are built and factories and assembled on site. We’ve looked at those models of how that change occurs, and pretty much in every country it’s required Government to take a leadership role in their procurement. That’s the challenge that I’m working on now.”

Jane believes that great civilisations tend to be driven by a central guiding principle. Does she believe that New Zealand has one?

“I still think we’re a pretty young nation.  If I compare us to Norway, they’ve got a very solid, clear belief in societal culture and who they are. But here, I think the principle of Kaitiakitanga, of us all being guardians and being more connected to the beautiful place we live in is becoming stronger.”

“Because it just makes us be more connected to the place where we are. And to show more respect to it and find ways to integrate supporting the land, and everything that comes with the land, and the people that live on the land, into all business decisions and policy decisions.”

So, just has COVID-19 changed or accelerated that process?

“I think the pandemic has definitely helped us be more people-focused. I think people have realised that just focusing externally on all of the things that we thought will make us happy, that can suddenly change.

“And so, I think there’s definitely some sort of shift towards people valuing friends and family and local experiences they can walk to and back to and where they live being amazing.

“So I really do hope that we don’t really just focus on going back to normal. I think this new normal is quite healthy and once we get through the challenges around it I hope that we come out better and more connected to each other as people.”

So, does Jane feel she’s done her bit for the world or is the best yet to come?

“I think that there’s lots of people that spend time overseas like me, going out and gathering experiences and contrast and bringing it home. And figuring out how we bring that into our different areas of our work and life. And yeah, I guess that reintegration process, that’s kind of like the hero’s journey, right? You go on some trip overseas and overcome trials and tribulations, and then you bring your gifts home. That’s kind of what I feel like I’m doing at the moment, so it’s super exciting.

“I feel like I’m constantly a student. I’m a student of life. I’m very grateful to be in New Zealand right now. I just think we’re really lucky to live in the best country in the world, and I’m just really excited about opportunities that exist for me to be part of things here, and to contribute what I can back to making New Zealand even better.” The inclusive digital revolution Digital connectivity is more important than ever right now. But for thousands of Kiwi it's a huge barrier. We speak to five inspiring Kea members working to close Aotearoa's digital divide.
READ MORE 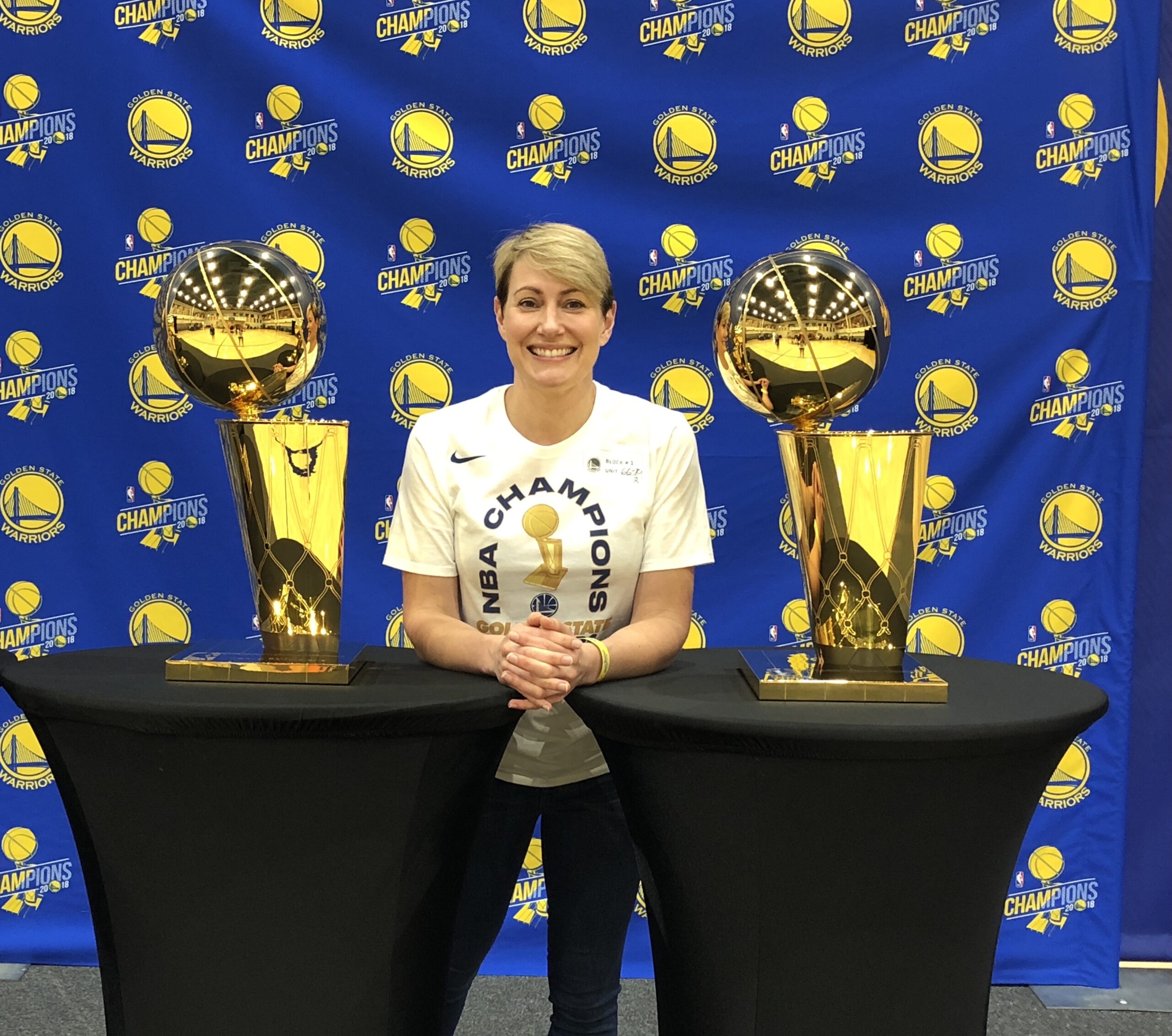